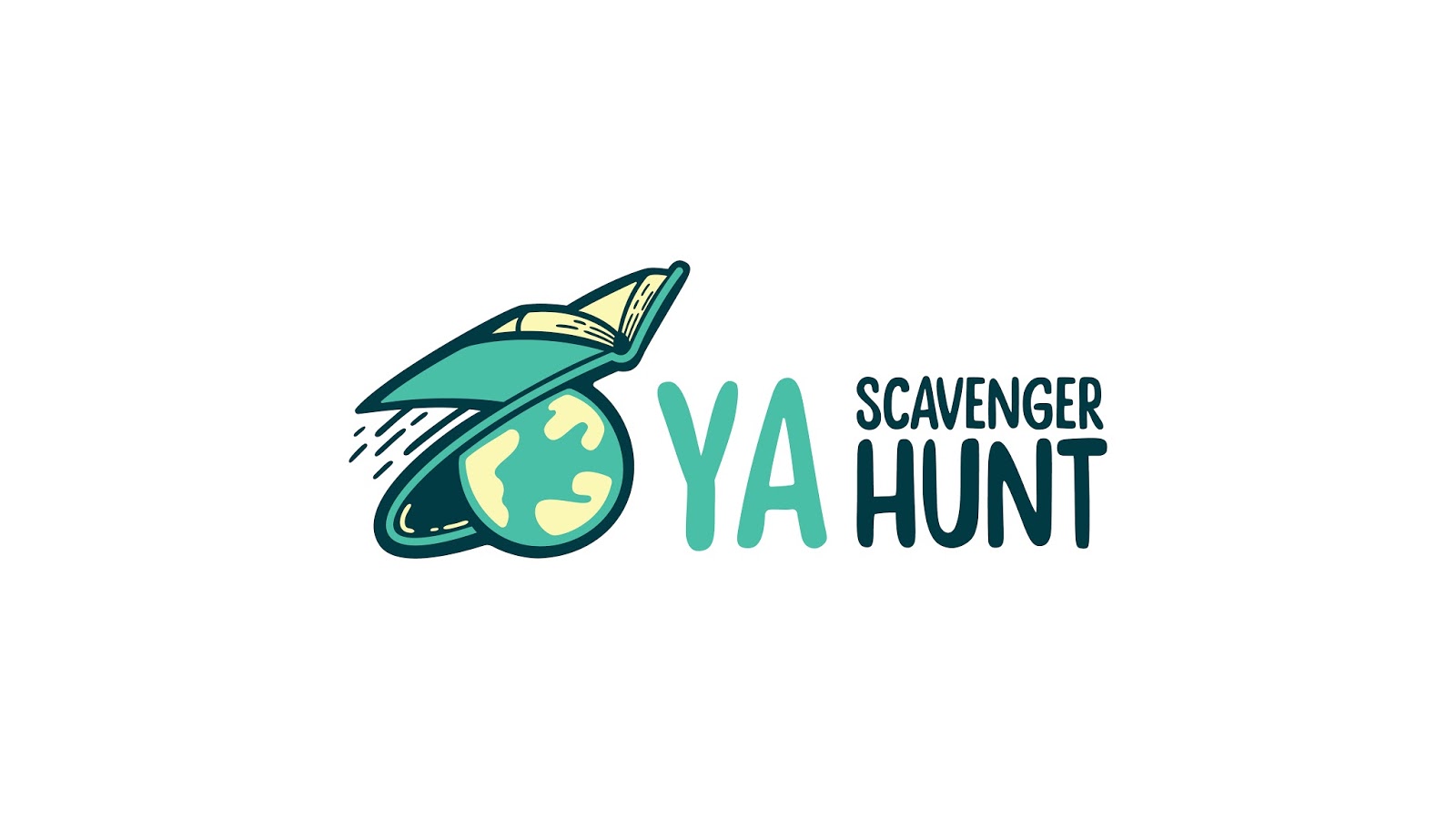 Welcome to YA Scavenger Hunt 2020! This bi-annual event was  organized by author Colleen Houck as a way to give readers a chance to gain access to exclusive bonus material from their favorite authors — and a chance to win some awesome prizes!

At this hunt, you not only get access to exclusive content from each author, you also get a clue for the hunt. Add up the clues, and you can enter for our prize. ONE lucky winner will receive one book from each author on the hunt in my team!

But play fast: this contest (and all the exclusive bonus material) will only be online for 120 hours!

Go to the YA Scavenger Hunt page to find out all about the hunt. There are FOUR contests going on simultaneously, and you can enter one or all! I am a part of the GOLD TEAM – but there is also a red team, a blue team, and a purple team for a chance to win a whole different set of books!

If you’d like to find out more about the hunt, see links to all the authors participating, and see the full list of prizes up for grabs, go to the YA Scavenger Hunt page.

SCAVENGER HUNT PUZZLE
Directions: Below, you’ll notice that I’ve listed my favorite number. Collect the favorite numbers of all the authors on the GOLD TEAM, and then add them up (don’t worry, you can use a calculator!).
Entry Form: Once you’ve added up all the numbers, make sure you fill out the form here to officially qualify for the grand prize. Only entries that have the correct number will qualify.
Rules: Open internationally, anyone below the age of 18 should have a parent or guardian’s permission to enter. To be eligible for the grand prize, you must submit the completed entry form by Sunday, APRIL 5th, at noon Pacific Time. Entries sent without the correct number or without contact information will not be considered.
SCAVENGER HUNT POST Today, I am hosting LISA MANTERFIELD for the YA Scavenger Hunt!
Lisa Manterfield is the award-winning author of emotionally-charged Young Adult fiction. Her second novel, The Smallest Thing, was a finalist in the 2019 American Fiction Awards. Her work has appeared in The Saturday Evening Post, Los Angeles Times, and Psychology Today. Originally from northern England, she now lives in Northern California where she can often be found pulling weeds and daydreaming in her vegetable garden.
Find out more information by checking out Lisa’s website or find more about the her book here, The Smallest Thing on Amazon!
THE SMALLEST THING “The very last thing 17-year-old Emmott Syddall wants is to turn out like her dad. She’s descended from ten generations who never left their dull English village, and there’s no way she’s going to waste a perfectly good life that way. She’s moving to London and she swears she is never coming back.

But when the unexplained deaths of her neighbors force the government to quarantine the village, Em learns what it truly means to be trapped. Now, she must choose. Will she pursue her desire for freedom, at all costs, or do what’s best for the people she loves: her dad, her best friend Deb, and, to her surprise, the mysterious man in the HAZMAT suit?

Inspired by the historical story of the plague village of Eyam, this contemporary tale of friendship, community, and impossible love weaves the horrors of recent news headlines with the intimate details of how it feels to become an adult—and fall in love—in the midst of tragedy.”

Hi Everyone,
This is the inspiration board I created for THE SMALLEST THING. Some of the pictures were taken in the real-life village of Eyam, showing the real Emmott and the cottages where she lived. You might also spot Aiden and get a hint of a little love story blossoming in the midst of tragedy. You’ll also spot Em’s 18th birthday cake!

I’m about to release Em’s story as a serialized podcast. Can’t wait to share that with you very soon.Happy hunting and good luck!
Lisa -x-
You can follow Lisa on:
Facebook: /AuthorLisaManterfield
Twitter: @lisamanterfield
Instagram: @lisamanterfield_
REMEMBER
Don’t forget to enter the contest for a chance to win a ton of books by me, LISA MANTERFIELD, and more! To enter, you need to know that my favorite number is 15. Add up all the favorite numbers of the authors on the GOLD TEAM and you’ll have all the secret code to enter for the grand prize!
CONTINUE THE HUNT
To keep going on your quest for the hunt, you need to check out the next author: MICHELLE REYNOSO

There’s been a lot of controversy about the situation in Pikesville, Maryland where a tween boy grabbed and kissed a girl on a dare.  Why is everyone making such a big deal about a 13 year old boy kissing another 8th grader?  Is filing sexual assault charges too harsh of a response??  In a word:  No.

I’ve been that kid  kissed by a boy who was dared to do it.  It was terrifying to be held down and have someone force a kiss on me. I was told by adults that I was making a big deal out of nothing. This was in first grade. It was the first of many similar incidents that was permitted to happen to me and they never stopped being terrifying.

When I was grabbed and French-kissed against my will a few years later, I was told, “He doesn’t understand what he’s doing”.

When I was cat-called, followed, groped, and grabbed, I was told, “He’s just showing you that he likes you.”

When I was stalked and a dude snuck into the house to watch me, “He’s just being friendly. He comes over all the time.”

These dismissals and the reactions I got from others told me I should welcome this behaviour and, moreover, I should be FLATTERED. How ungrateful of me to complain or report this “normal boy behaviour”.  And, when I snapped and retaliated against one of these boys, *I* was the problem. There was something wrong with *ME* for being upset.

Sex gets equated to care and love. “If you really love him, you’d put out” … “If you don’t give him what he wants, he’ll find someone who does and you’ll be all alone.” These are things that were actually said to me by adults.

Where does it end for a girl taught that this is “normal”? Or, the boy who is given permission by society to take liberties?  Let me share an incident from my past with you …

Games can get out of control, especially when it comes to “dares”. When I was in cadets, we took a trip to England. During our travels, we were left without adult supervision. You’d think a bunch of teens could behave themselves for an hour or so, right?  Apparently not.  See, someone suggested a game. “Truth or Dare” to be exact. I wasn’t into it, so I curled up in a corner and had a nap.  When I woke up, I could tell something was wrong.  There was a strain.  A darkness that hung over everyone’s heads.  No one could look each other in the eye.  The camaraderie was gone. “Why?” I asked. “What happened?”  A game happened.  A stupid dare.

See, there had been some flirting between one of the guys and a female cadet.  One of his friends dared him to have sex with her. Right there. In front of everyone to prove it happened. They were pressured by the group – their “friends” – and the stakes of the game. He felt like he had to in order to save face and the others pressured this young girl … Remember we were all about 15 at the time.

To this day, I wish I hadn’t fallen asleep. I was always the voice of morals and conscious (which usually meant I got ditched). I would have said something.  I would have ratted them out before it happened.  I could have stopped them somehow – some way … But, I was napping and no one else spoke up. So, right there on a boat these 2 terrified teens were pressured into having sex, surrounded by strangers and supposed friends. It destroyed them.

Debate all you want about whether or not this young man should face criminal charges, but understand this: It’s not about a kiss. It’s about a social mindset that’s dangerous and wrong.